The thermal imaging market is currently dominated by FLIR, a company focused on innovation and excellence. Their Exx series of cameras is a brilliant example of top notch infrared technology and user-friendly interface. And in that series, the highest thermal imaging resolution is the one offered by the incredible E95 thermal imaging camera.

The way E95 succeeds in achieving a level of thermal imaging not seen before is by boasting two of FLIR’s best imaging tools – MSX and Ultra Max. MSX is a technology patented by FLIR which is essentially a form of image-blending. For every thermal image taken, the E95 also captures a visible light picture and fuses the two into an image containing both temperature data and visual details. This means that the FLIR E95 thermal imaging camera has the capacity to produce a picture that’s sharper and clearer than any other made by normal IR cameras. 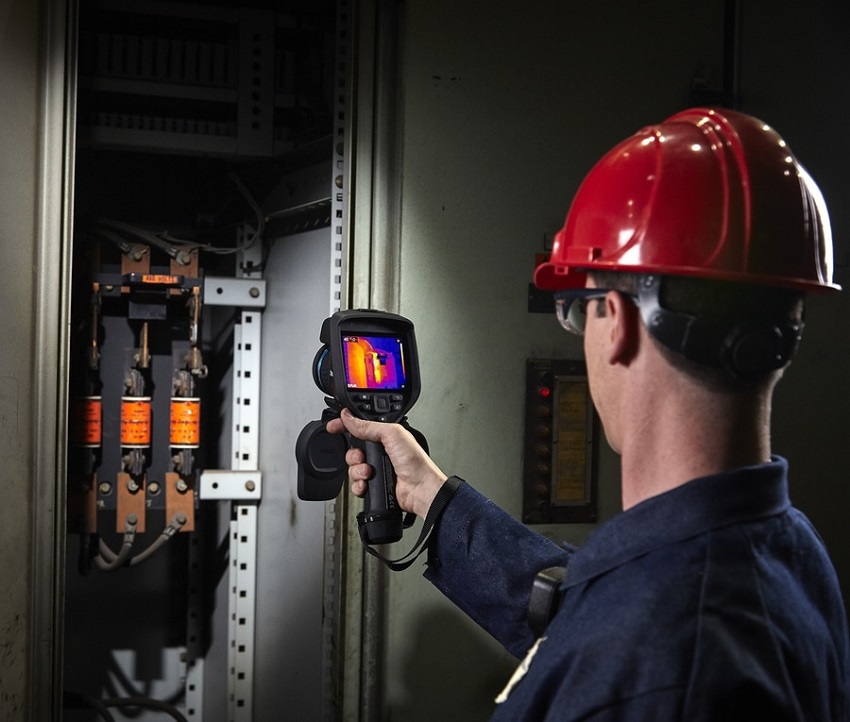 Then, this already sharp and detailed image is even further enhanced by the UltraMax technology. UltraMax increases the resolution of thermal images by up to four times. For every push of the button, UltraMax captures an additional 15 images and then combines them all into a high-quality image with 982 x 696 IR resolution and half the amount of noise than a regular image. The increase in resolution results in more accurate temperature measurements.

The FLIR E95 thermal imaging camera also features a laser assisted autofocus system that captures images quick and accurately. By measuring the distance between the camera and the target, this autofocus system makes sure the camera achieves the sharpest focus available. There’s also a manual focus option for users who are accustomed to it from the older models.

FLIR have paid an incredible attention to details regarding the design and functionality of the E95. Upgrading the visual camera lens to 5MP and moving it closer to the thermal one as well as adding a microphone for taking audio notes are features which improve the user experience. Not to mention the convenient inclusion of WiFi that allows a smartphone or tablet to connect to the camera and make an on-the-spot analysis of the image thanks to a special software developed by FLIR.

With the E95, FLIR have introduced a new memory structure that redefines how images are stored in thermal imaging cameras. If previously you could only store images with a number, the new memory allows you to create folders and organize them according to date, customer, location or any other parameter of your choice. This is incredibly useful for sorting through large amounts of data.

The FLIR E95 thermal imaging camera, due to its high resolution and sensitivity, finds a great number of applications in industrial and plant maintenance, home inspection, leak checks, energy audits and building testing.

This entry was posted on Wednesday, May 17th, 2017 at 11:57 am and is filed under Industrial Equipment. You can follow any responses to this entry through the RSS 2.0 feed. Both comments and pings are currently closed.

Tips for Choosing the Right Pet Products for Your Furry Friend

When it comes to your furry friend’s health and wellbeing, it’s... more»

Tips on Buying the Right Pair of Snowboarding Boots

source: Snowboarder The snowboard boots you wear when going down the... more»

More Than a Fashion Statement: Choosing Shoes That Are Good for Your Health

With so many cute designs out there, many of us fail to see shoes as more than... more»

Ways to Give Your Bathroom a Unique and Luxurious Hotel Makeover

The bathrooms of five-star hotels are defined by their style, luxury, and quiet... more»